"I suppose one comfort is knowing that Carson was living a dream in Tahoe and doing something he loved.  And even though he did not go to Peru, his interest in the Computer Project got things going down there.  It helped us get the computer room renovated and we now have one new computer there so far.  I would like to name the computer room after him with your permission.  I think he'd be happy with that.

Over the past year or more, Carson and I have been working with the Refuge to bring accessible computers to the blind students of this remote Amazon village. Carson helped to spec out the computer facilities and we have helped to fundraise. Carson was hoping to go to Peru to set up the computers and train the teachers until the ski instructor job came along and put this off for some months. Even without going there, he will have made a difference in the lives of these students in Peru. ~Maureen Estevez Ph.D., US Executive Director of the Refuge of Hope in Peru

Carson Patrick Charfield May was born to Jennifer May and Mike May in Ashland, Oregon where they lived through 1994, joined by Wyndham in February of that year. They moved to Mountain View and San Jose CA from 1995 to 1998, where Carson started Kindergarten.

In April 1998, the Mays moved to Mulberry Lane in Davis where they rented until purchasing a house on Maple Lane in November 1998. This was next to Cesar Chavez elementary school where Carson and Wyndham attended. Starting in 4th Grade, Carson switched to Willet Elementary, then to Emerson Junior High and DaVinci High where he graduated in 2011.

Some childhood loves included his stuffed bunny Alice, making elaborate Halloween costumes with his mom, building elaborate Lego creations and his real bunny, Captain Tamello Formello Tussuck from the Red Wall series of books. One of Carson’s nick names was Big Dozo, conjured up by Dad during the early morning delirium of rocking him to sleep.

Carson loved individual sports like skiing, horseback riding, paintball and karate. He got his level 1 black belt in 2007 and was on the high school ski team.

Carson tinkered with electronics from an early age. He began attending the Consumer Electronics Show when he was 13 with his dad. He found his love and talent with audio and film. Carson shared his mother’s artistic talents, which he exhibited on paper and other media. He won the top award in his category in the Marin Film Festival in 2011.

Carson was accepted at the San Francisco Art Institute but decided that the big city and regimented education was not for him. He instead joined his brother in Tahoe, where he worked as a ski instructor and on several personal media projects. If he decided to become an expert on something, he would immerse himself into it at all hours of the day and night. He could carry on an intelligent conversation about particle physics, the pros and cons of various video and photo pixel resolutions and many other topics.

Carson spent a year or so living in Davis in 2014-2015 while working as a photo editor of real estate photos. He returned to Tahoe to live with his brother Wyndham in the fall of 2015 to continue that photo editing job and to be a ski instructor at Sugar Bowl.

Carson has 9 cousins from both sides of the family along with 10 aunts and uncles. His remaining grandparent is Grammie Charlotte, Jennifer’s mother.

On January 14, 2016, Carson went missing at the Sugar Bowl ski resort while skiing to his ski school locker. After a 4 day search, he was not located. On February 29, 2016, Carson's body was found by Tahoe Nordic and El Dorado County search and rescue teams outside the Sugar Bowl ski area. A 3 year-old female German Shepherd named Beaujet alerted on a spot and dug down 5 feet to where Carson has been buried under snow for nearly 6 weeks. Beaujet’s handler turns out to be part of the extended family/friend network. She said Carson looked handsome and peaceful when Beaujet uncovered him. Our deepest gratitude to the search teams yesterday including another Shepherd named Mika and to all those who have looked from the beginning through this successful discovery of Carson.

We can only speculate that Carson got disoriented when skiing outside runs he was familiar with and got caught in an avalanche. He was found in the vicinity of his cell phone ping. We know that the accuracy of that ping was questionable and you can’t dig everywhere for hundreds of square yards.

Thank you for the contributions to the Carson GoFundMe campaign where the goal is to save a life by adding early detection technology to the traditional SAR tools. We have a number of interesting leads toward identifying the latest location technology and figuring out what might be developed and what laws can be modified to allow exceptions for finding a missing person. 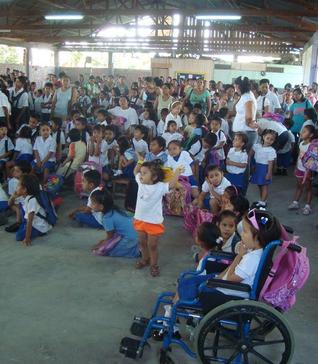 We laugh, we cry, we share our favorite Carson stories.  We remember the way Carson was in the world, the way he slouched in a chair, the years he seemed to only eat ice cream, the collection of pajama pants he wore, his gentle albeit mischievous smile and the unique ability he possessed to recall any number of facts about very obscure topics.  I’ve never been sure if Carson was an artist or a scientist.  I’m pretty sure he may have been both. ~R

Perhaps the story of Carson May is best told through the memories of his family and closest friends.

The day after the search was called off, there was an impromptu gathering of more than 60 people on the mountain near where Carson was last skiing. His family and friends shared thoughts and stories about Carson. The gathering ended with a big yell while throwing snow into the circle.

"I'm sure you are all getting showered with loving messages from friends and family now, and that is undoubtedly because of all of the love and warmth that Carson and your family have put out into the world. I can think of few things in this world that are as heartbreaking as losing a family member, especially someone so young. However, while it may have been cut short, the life that Carson lived has been beautiful. From what I know about Carson, he has lived his life in the moment, always doing what makes him happy. That is a quality that we should all emulate." ~E

"I'll remember Carson as gentle, bright, with a mischievous sense of humor that seems to run throughout his family. He may have left the world a young man but for me he'll forever be catching crawdads with salami at Fallen Leaf Lake; building forts, playing with Legos, leaping off rocks, watching Monty Python, and roasting s'mores." ~L


"Carson had a special kind of magic that had not yet reached fruition. It is so hard knowing that he has gone without having a chance to bring his uniqueness into the world more fully.  I am lost I trying to make sense of why that potential would be abbreviated. I guess there is so much I will never know. But I do know I mourn him." ~T


"One thing that has come to mind so often these past several days is how very grateful I am for our 2009 Camino trip.  Our conversations with Carson along our 100 mile or so walk—science fiction books that he and my husband shared a love for, the state of research on batteries, video technology, and many other engaging and surprising topics coming from this bright, enthusiastic sixteen year-old—are ingrained in my mind, along with his love for his parents, his brother, and our goddaughters.  I’ve always known that trip was a gift, but it is one that I cherish now more than ever. ~N


"I am remembering how your face lights up when you talk about music and art. How you explained dub step music to the girls and I. How kind and gentle your hugs were whenever we saw you around town. I am remembering how you stayed up all night photographing the stars. May God be with you so closely on this starless night." ~C

"I remember Carson being one tough kid even when he was just a sprite." ~B